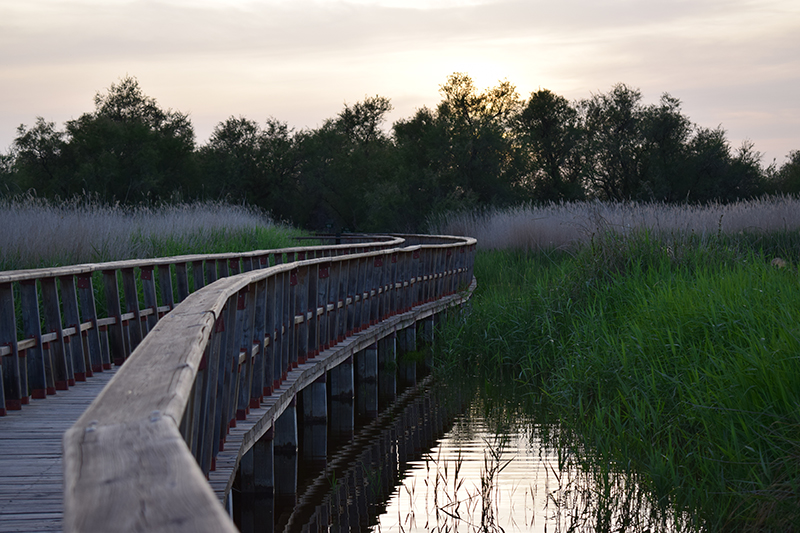 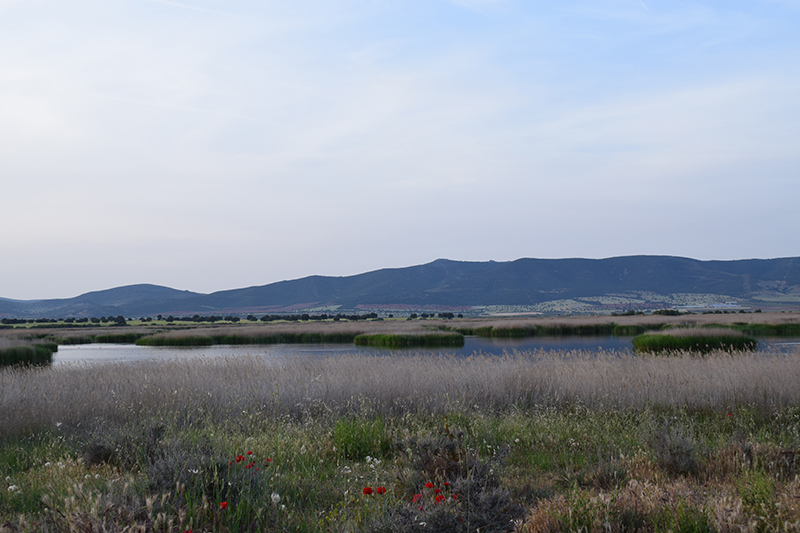 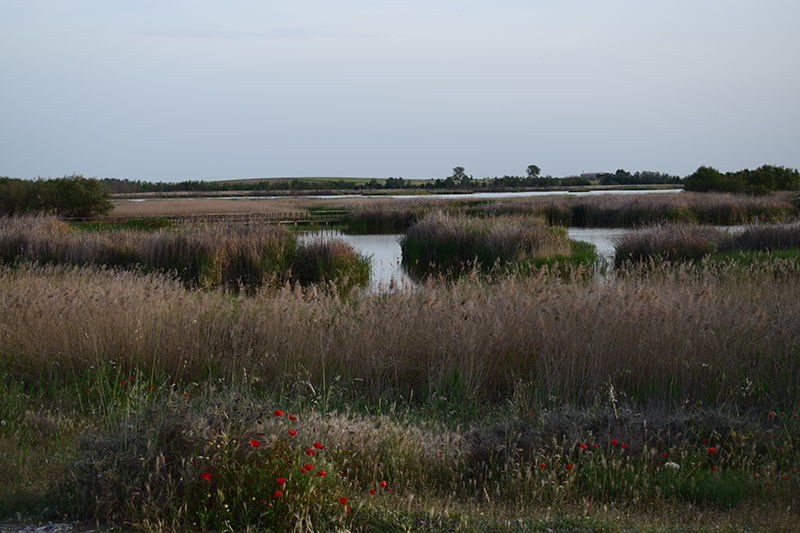 Tablas de Daimiel National Park (Parque Nacional de las Tablas de Daimiel) is a wetland on the La Mancha plain, a mainly arid area in the province of Ciudad Real. With an area of about 3,000 ha, the park is the smallest of Spain’s fifteen national parks. The protected area is in the process of being expanded outside the original nature reserve to include neighbouring dryland farming areas. The expansion is part of efforts to improve the condition of the wetland, which has been damaged by over-exploitation of water resources.

The park is a unique and special ecosystem, with wetlands formed by the rivers overflowing in their middle sections, causing flooding. The highest ecological value is the presence of birds that come to spend the winter and nest here, creating an area full of water birds.

Las Tablas de Daimiel were formed because of the overflowing in the confluence of the Guadiana and Cigüela rivers, favoured by the sloping terrain. The wetlands are strategically situated on the migration routes of many bird species, which stop over to rest and even to spend the winter. Water birds are the protagonists of the park. These species include the great crested grebe, little grebe and black-necked grebe, heron, cattle egret, night heron, and all kinds of Iberian Anatidae. There are many flower species in the waters, too. Some of them are underwater (such as soft hornwort and rough stonewort), floating (duckweeds) and emerging (blue sedge, giant reeds and rushes). 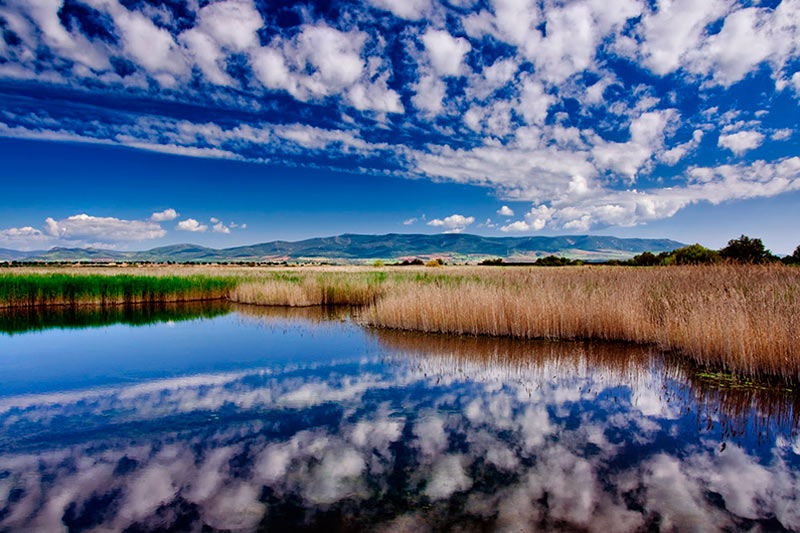