Life springs in a magical place with amazing waterfalls 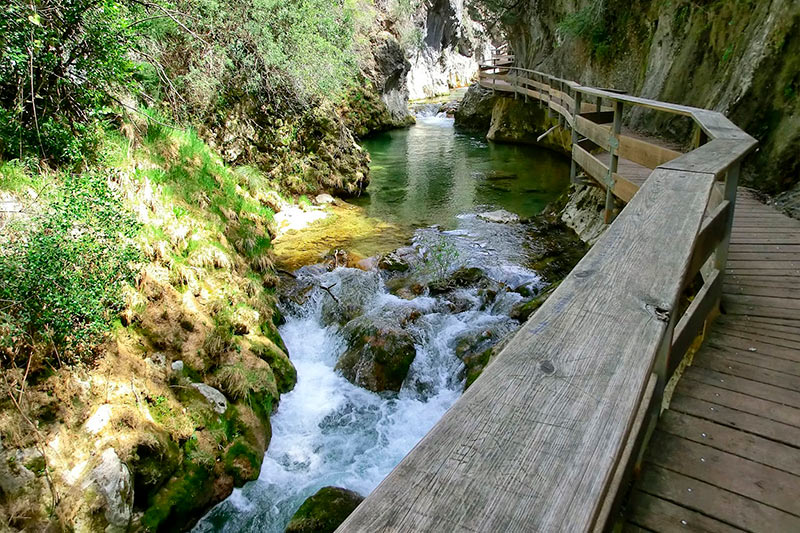 Located in the heart of Sierra del Segura and spread out over 19,192 hectares including the municipalities of Cotillas, Molinicos, Vianos, Villaverde del Guadalimar, Yeste and Riópar. At this final village one can access the park located at 5 km. from the turnout for “Cueva de Los Chorros“.

In this natural space, visitors can see the light on the waters of the River Mundo in a truly spectacular way. The waterfall dropping more than 300 m of height made by the water tumbling into the void is one of the most beautiful of all those marking out the Spanish territory. Rain and snow water filter in the Calar through the sinkhole; the area is the second area in Spain with the highest density of sinkholes.

In addition, the network of galleries and caverns extending more than 40 km on the interior, with more than 85 cavities explored, captures the water which later shows up in the cave, and which presents an irregular pattern which is not well-understood and gives rise to the phenomenon known as “el reventón“. This is nothing other than the brusque and enormous increase of the exit flow, which gives the impression, as the Spanish suggests, that the cave has burst. After the river falls into the void, it forms beautiful waterfalls, and later forms pools in crystal clear wells which the locals call “Las Calderetas“.