The Manchega’s plain full of life and wild nature

Cabañeros National Park (in Spanish: Parque Nacional de Cabañeros) is a national park in the Montes de Toledo, Spain. It falls within two provinces, the northwest of Ciudad Real and the southwest of Toledo.

The Park was designated in 1995 and has an area of 390 square kilometres (150 sq mi). It lies between the Estena and Bullaque rivers, extending into the Chorito and Miraflores mountain ranges.

The fauna of the park is notable, both for its variety (276 species of vertebrates) and for the high percentage of endangered species. Mammals include the otter in the Estena river and four species of ungulates: wild boar, red deer, roe deer and (in the most forested areas) fallow deer.

The park is potentially a habitat for the Iberian lynx, a critically endangered feline. However, lynx have been sighted only intermittently in the area in recent years, perhaps because of a shortage of rabbits, the main prey species. The Toledo Mountains have been used as a site for the reintroduction of the lynx as part of a LIFE project.

The Park is a Special Protection Area for birdlife, and provides a home for the following notable species such as the Black stork, the Eurasian black vulture and the Spanish imperial eagle. 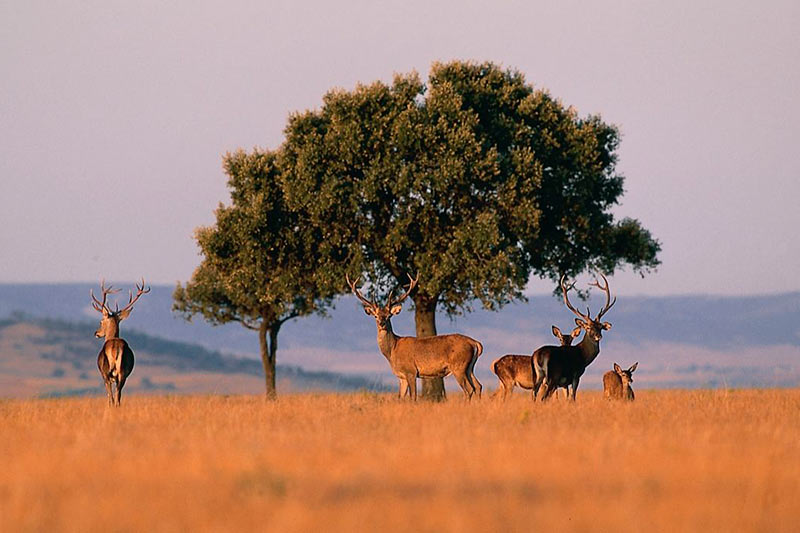