The figure of Don Quixote

The tallest wooden Don Quixote of the world 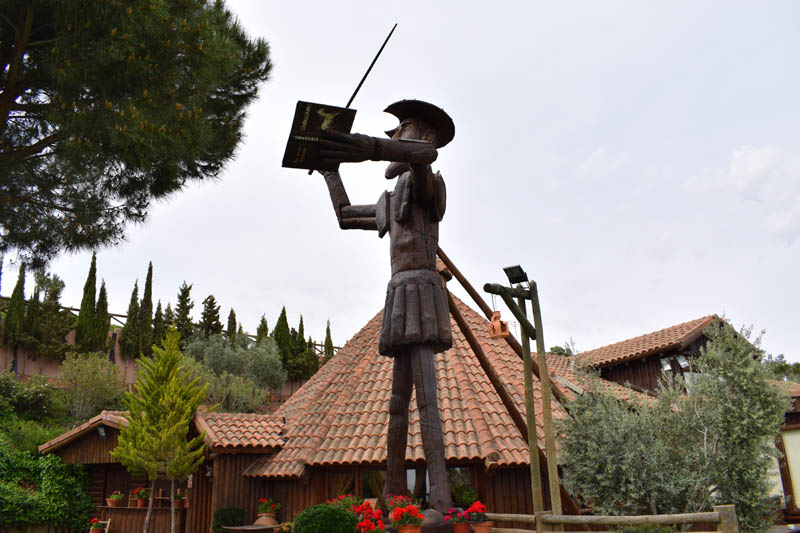 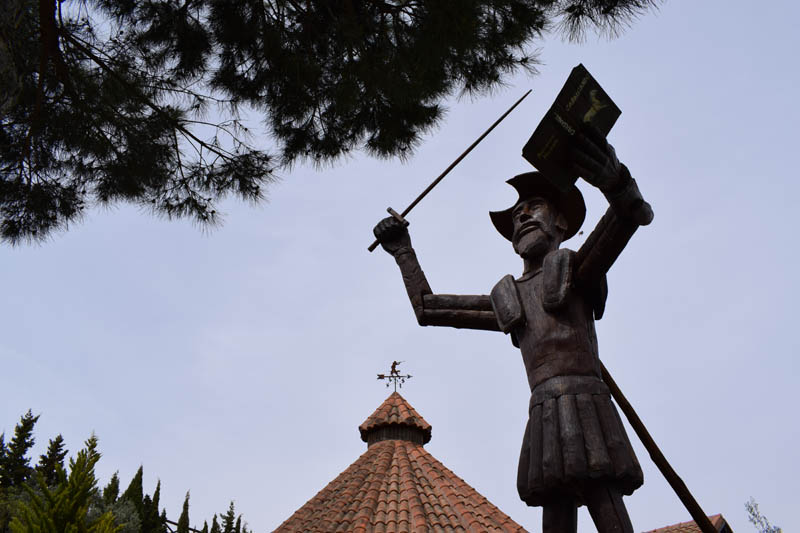 The tallest figure of Don Quixote of the world is located in the very own terrace of El Mirador de La Mancha. It was made from pine wood by Valentín Rodríguez. The statue is 9.85 meters high and weighs around 2,450 kilos. Don Quixote presents himself proud and powerful, where nobody can face him. He has got his arms up; in his right hand he is holding his lance, showing himself proud and presenting himself as the safeguard of the place like a warrior that is wary of an ambush of his rival. In his left hand he is holding a book: Riding a horse, by Morato.

Don Quixote de La Mancha: His real name is Alonso Quijano however he is also called the “knight of the sad figure” (“caballero de triste figura”). He goes crazy after reading too many books about chivalry and his life transforms itself in a fantasy. He is a man of 50 years who leaves his home to search for adventures, he leaves armoured with a lance, a sword and a head full of imagination. His loyal friend, a horse named Rocinante accompanies him on his adventures that he dedicates to his sweetheart “Dulcinea del Toboso”. Quixote is the main character in the book and has the following physical characteristics: pale skin, a slim body, a pointy nose, a beard and a mustache. The protagonist Don Quixote represents a myth in the universal literature and is the most profound character in Spanish literature. Cervantes conceived him as a tool to ridicule books about chivalry. That genre, that was already over in the era that the great Spanish novelist lived in, provoked some aesthetic precautions in the author because he saw the literary work of that genre as foolish, implausible and written in a false and unnecessarily pompous style.

Don Quixote is the prototype of the good guy that wants to impose his ideals over social conventions and the vileness of daily life, behaving like the Redeemer of a prosaic reality that hurts and offends him on a daily basis, making him the champion of love, honour and justice.

In the second journey, that is the ending of the first part of the novel leading through La Mancha and Andalusia, Don Quixote does not change his personality and claims at all times to be Don Quixote.

Hereafter, he has a companion at all times called Sancho Panza. Quixote can converse, debate and reason with his sidekick, who he always teaches to be precise.

Sancho Panza is in charge of showing his master that things are not as he imagines them to be: he warns him that the giants in reality are windmills, that the imaginary armies are herds and that the castles are inns. However Don Quixote does not listen to him which is why his adventures always end badly for him, even though he justifies his misfortune by pleading that wizards, that do not want to see him succeed, are the ones that converted the giants into windmills and the armies into herds. 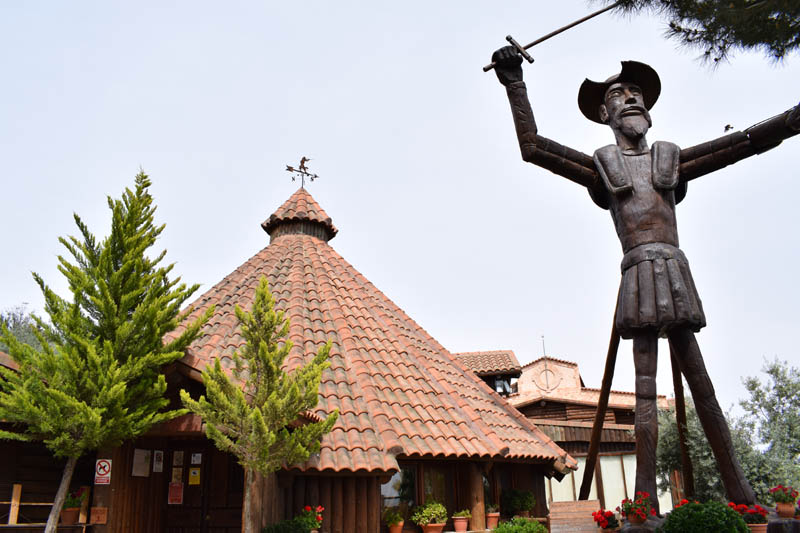 Many of the adventures took place in the mountains of Villarubia, like the encounter of Don Quixote with the goatherds, the pastoral love of Chrysostom for Marcela and the fight with the yanguesans. Don Quixote and Sancho Panza, after the adventure with Viscaino, arrive to the huts of some goatherds in the mountains of Villarubia where they spend the night.

Don Quixote and Sancho alongside the goatherds arrive between two high mountains to the funeral of the dead pastor that has died from his love to Marcela. The witness Ambrosio, the friend of Chrysostom, accused Marcela to be a mortal enemy of human descent.

After he finished, Marcela appears at the top of a rock and gives a precious speech defending her innocence and her liberty against the tyranny of love.

“I was born free, and that I might live in freedom I chose the solitude of the fields; in the trees of the mountains I find society” “and true love, I have heard it said, is indivisible, and must be voluntary and not compelled. If this be so, as I believe it to be, why do you desire me to bend my will by force, for no other reason but that you say you love me? Nay—tell me—had Heaven made me ugly, as it has made me beautiful, could I with justice complain of you for not loving me?”

Don Quixote is among those that are convinced by her speech.

Hereafter, Don Quixote and his squire enter the same forest that entered the shepherdess Marcela. Because they have been walking for more than two hours they stop at a meadow full of fresh herbs. Sancho hadn’t bothered to tie up Rocinante, for he never strays. However, the horse catches the scent of some nearby mares and goes to them. The mares don’t want to be seduced, and they bite and kick Rocinante. Their owners knock him to the ground. Don Quixote and Sancho come to help but the owner beat them senseless and leave.